Home » About » Our Leadership

Yes, it’s sweet Russell married his high-school sweetheart and has five beautiful children. Sure, it’s interesting he’s a self-proclaimed foodie. But it’s freaking awesome he can say he’s played football against both Tom Brady and Peyton Manning. (And the Best Bio goes to … Russell Brown!)

Kent’s a music nut (his words, not ours). He started singing at age six, once had a job singing at an amusement park and still sings in the church choir. He even planned an entire European vacation with his wife around an Eric Clapton/Jeff Beck concert. So yeah, he likes music.

Mark has a full house. In addition to two dogs, two rabbits, two birds and Richard the hamster, he and wife Kelly have five kids—including a son adopted from India! When not roaming the halls at PCP, you’re likely to see Mark serving at church or events throughout the community.

In the office, you can count on Tim to say what other people are thinking. But as the “elder statesman” of the group, he can get away with it! A “bucket list” kind of guy, Tim enjoys traveling, playing golf, chasing after his five grandkids, and volunteering his time in the community as well as his parish.

We asked several people to describe Cary. All of them—ALL OF THEM—said “fun and quirky.” Other interesting facts: he’s not on social media at all and loves to bake bread. Co-workers also noted he was the most likely to go have drinks with clients. But be warned, his favorite drink is a Pink Lady. Yes, really.

Dana likes to rock. No, really. She’s at Rocklahoma every year with her dad. And when Kid Rock is in town, watch out! But this former Texas A&M softball pitcher (4 years!) also has a soft spot: every night she takes Cookie, our office dog, home with her to play with her two daughters. 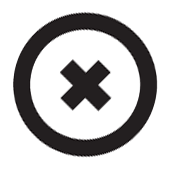 What Can We Do For You?

At Premier, our leadership is all about the relationship, not transactions. So let’s talk. Just send the short form below.

Fill out my online form.
Premier - A Relation Company